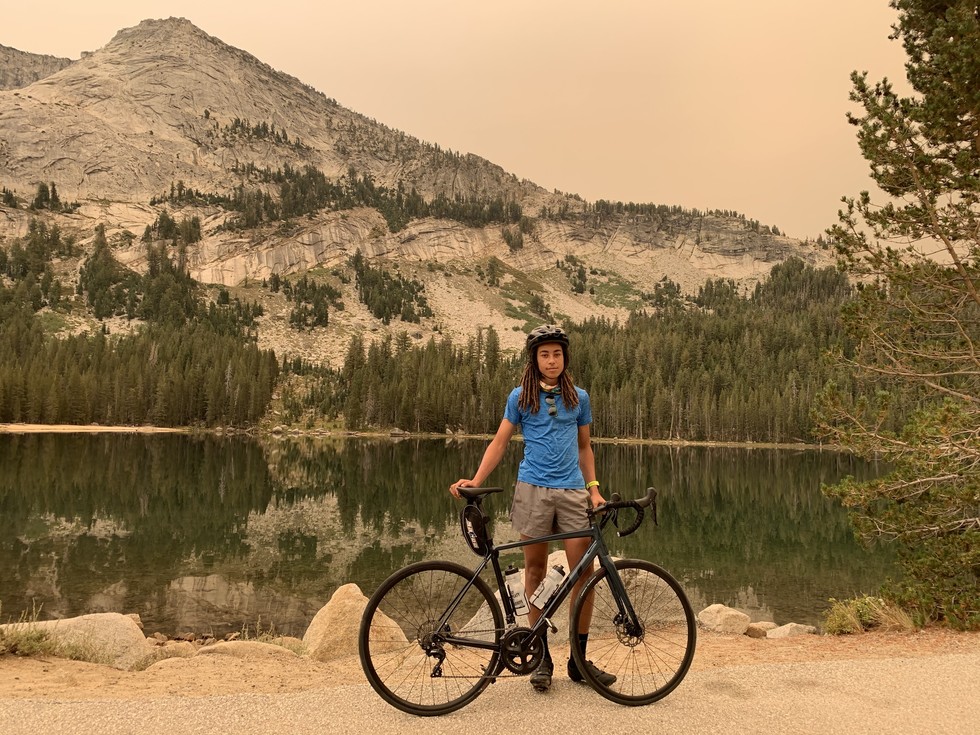 To start things off this was my first century (100 mile) ride and it was in Yosemite! The route started at Tenaya Lake and climbed ~2,000 and descended ~4,000 feet over 45 miles on the way to Yosemite Valley on Tioga Road. I then rode about 20 miles throughout the valley for lunch. Then I started with the crux of the ride, a 24 mile climb with ~5,000 feet of elevation which brought me to the top of the Valley at Glacier Point. Finally I descended down ~5,000 feet and ended at tunnel view. I planned this route about a week ago, but was not sure I would finish.

I started the ride at 11am, and spent the first 2 hours on Tioga Road. The first hour consisted of rolling hills with chill climbing grades. The roads looked freshly paved and where incredibly smooth with no debris on the shoulders. However, throughout the entire ride there where no bike lanes, but because of Covid traffic was minimal.

At 1pm I turned onto Highway 120 and started my big descent into the valley. Throughout this section I was absolutely blasting by, but because of the sketchy road conditions I had to keep my speed down especially in the tunnels. I managed to descend about 3,000 feet and 10 miles in about 20 minutes. The views during this descent where indescribable, passing through mountains thousands of feet tall absolutely flying by.

I then started biking through the Valley to the village where I took a 45 min break currently sitting at 51 miles and about 3 hours. During this part smoke was really starting to set in. The first half was pretty clear but now the sky started to turn orange. 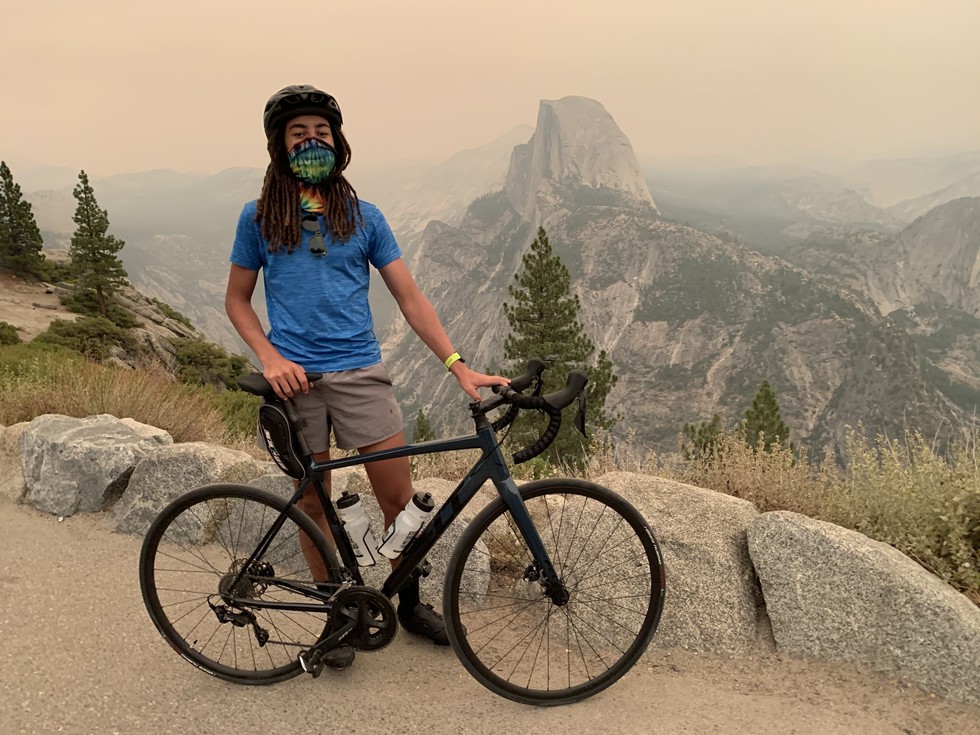 At 2pm I started my ascent to Glacier Point from the Valley. The first 10 miles I was on Highway 41 and it took me right around 1.25 hours and was ~2,500 feet. Then I took a 20 min or so break to use the bathroom and pound some Cliff bars. Now I had 16 more miles on Glacier Point Road to Glacier Point itself. This was the most draining part. The clime was at a fairly low grade (6%) but just the slow pace and long endless uphills were mentally draining. Next descended about ~800ft down to Glacier Point and met up with my mom. I then took some pictures and started on my way back looking forward to the big descent.

After climbing back up the 800ft I needed to go down to access Glacier Point. I did not want to see another hill ever again. The scenery consist of thick forest with occasional meadows and a few lakes. I finally reached the descent and completed the final 23 miles going down hill witnessing one of the most beautiful sunsets I have ever seen. The sky near the sun was pink, and the sun was orange. Due to the smoke the entire sky was a shade of red.

I finally ended my ride at Tunnel View racking in a total of 106 miles, 8 hours and 27 minutes (moving time) and XXXX feet climbed. This was by far my favorite ride through the pain and suffering, and the excitement and joy, I enjoyed each second. Except the shitty road at the top of Glacier Point and the last couple of hills. Besides that this ride was really really great! 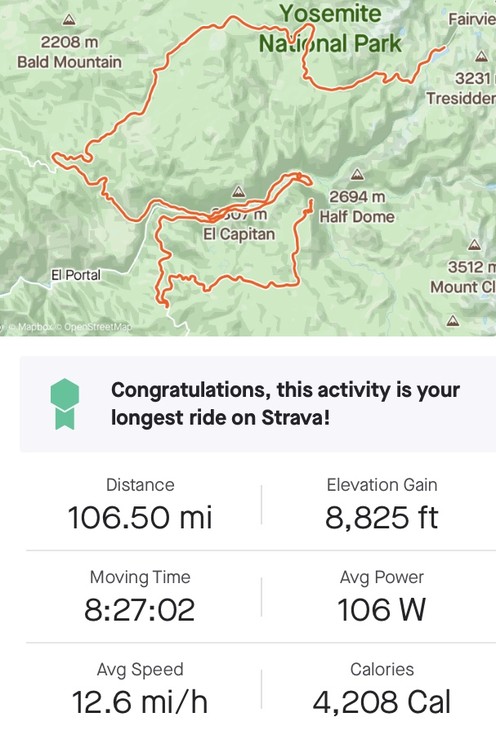 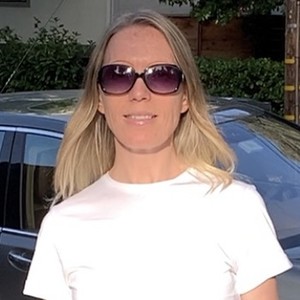